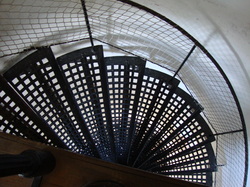 If it’s one thing the immoral elites are good at it’s knowing how to destroy their enemies.

The elites are immoral, sure, but they are also very, very smart.

One of their favorite tactics is inserting one of their guys into your movement in order to hijack it.

The tactic is pretty simple. The immoral elite enters the movement and becomes a protégé of sorts. After a certain period of time, the elite moves away from the former leader, labels him as a nut job and thus hijacks the movement. He then promptly nudges the movement in alignment with what the elites want.

The elites have pulled this trick off time and again.

in my opinion this is what William F. Buckley did to the conservative movement in the 1950s and 60s.

He infiltrated a legitimate grass roots, down-home, populist movement of traditional Americans who believed in traditional values, Christian values, and fused their values into his persona thus labeling them as bigoted, elitist, uncaring, warmongers who always look after the rich.

What do you think?

Buckley comes off charming and witty during his interviews with guests. He is always courteous.

His questions are careful and deliberate.

Something seems not right though.

He either tries to defend the indefensible or he defends that which requires no defense – at least to the regular mom and pop conservative.

For example, why would you defend the US military’s firing and destruction of villages in Vietnam?

Why would you tell a blind guy that he had no right to be sailing on the ocean because he couldn’t see it?

As to defending that which requires no defense, why would you engage in a debate defending Joe McCarthy? To engage in the debate gives credence to his attackers. Debating whether you feel it was okay for Senator McCarthy to make his accusations is akin to taking up a debate on whether vanilla ice cream is tasty.

No decent supporter of Joe McCarthy would ask you to engage in such a debate.

In other words, why debate?

I would say the same to those on the left who feel that Joe McCarthy was in the wrong. Why would you debate that? You shouldn’t.

I admit he is entertaining, yet as a small town conservative, I don’t want someone who claims to represent me to argue silly points or defend things which should not be defended at all.

Doing so makes me look stupid, uncaring and cruel.

It also tags me as a rich guy, untrue, who only cares about rich people.

For decades, William F Buckley was the image presented to Americans of a typical conservative.

Is it to anyone’s surprise that people on the left despised conservatives?

Is to anyone’s surprise that people in the media regularly mocked conservatives?

Buckley’s presence made it difficult for conservatives to gain sustainable majorities that could push through substantive transformative legislation in Congress.

How could this possibly occur when your party is perceived as being for the rich who believe in trickle down economics?

To bolster their ranks all the Democrats had to do was to point to William F. Buckley, a rich guy with a fancy accent and fancy words.

Add in some rich guys like Nelson Rockefeller, George Herbert Walker Bush, Mitt Romney and any number of well-heeled members from the University club, and, presto, new voters for the Democratic Party.

Thus under Buckley’s deft guidance, the Republican Party came to be known as the party of the rich.

And because of this, the rich gravitated toward the Republican Party and the conservative movement.

Money was seen as a solution.

It was futile as a conservative to try to explain to regular Americans that conservative values such as individualism would engender trickle up, not trickle down, economics.

Try explaining that point as Ann Richards remarks that George Herbert Walker Bush was born with a silver foot in his mouth.

In reality, George Bush wasn’t the only one born with a silver foot in his mouth.

Of course, that was the whole point.

Buckley was placed in the conservative movement and Republican Party to control it. Now, it’s not necessary that a person who accomplishes such a task is fully cognizant of what he or she is doing. The elites only need to promote that particular individual who suits their needs.

In the case of Buckley though, a rich guy, a Yale guy, a CIA guy, a member of the elite, an oil guy, a crony capitalist, a member of Skull and Bones, I would say he was in on it.

I would say he was fully aware of what he was doing.

He was just another globalist who believes that the ends justifies the means.